Understanding An App Development Cost In 2020 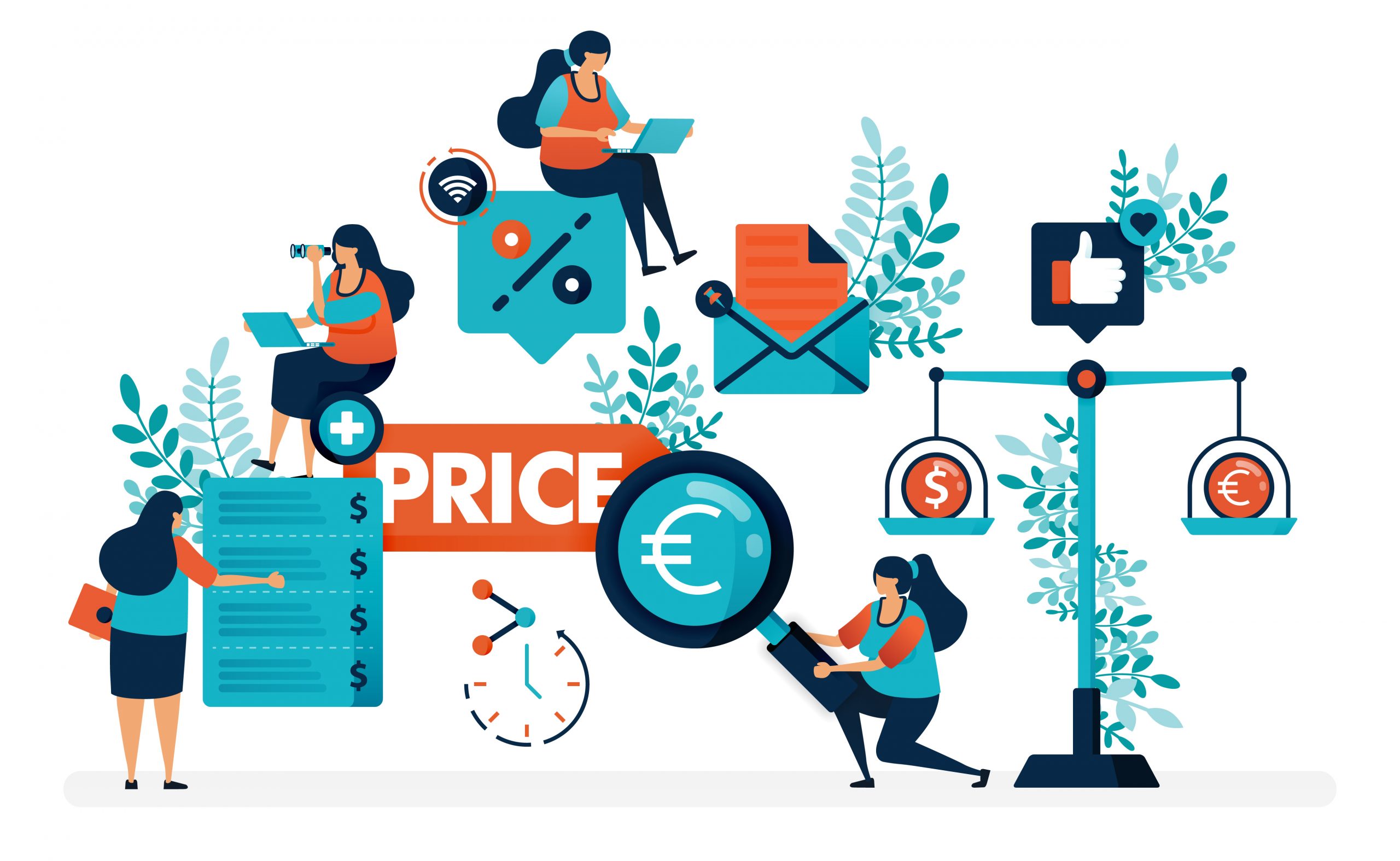 Understanding An App Development Cost In 2020

According to current statistics, almost every individual worldwide owns a cell phone. Most of the cell phone category that gains popularity daily is smartphones. Smartphone users are increasing rapidly to nearly three billion users in 2020.

The research shows that the use of mobile Apps currently jumped to another level, leading to rapid growth in the App market, and demand for more advanced developments.

The research also showed that most Smartphone owners spend most of their time and money on mobile Apps. Thus this stands as the main reason why most businesses are interested in investing more in building Apps for their e-commerce purposes, and the big question that most people have is how much it costs to develop an App.

Estimating the cost of an App is not just a simple task. There are several kinds of Apps out there, and all serve different purposes and feature different development stages and structures.

There are simple apps that can be built with a budget, but some require a lot of investment. It is not easy to estimate the cost of building an App due to a host of features such as its features, development location, design, and much more.

Many other significant factors determine the cost of building an App, as seen below.

The primary consideration in determining the costs of App development is the type of App. We have several types and categories of Apps, and all vary depending on their feature, which in turn determines its development cost.

The most common and popular App types are categorized as social network Apps, functionality Apps, commercial Apps, data-driven Apps, on-demand Apps, and much more. All these Apps are developed in different dimensions using different development strategies.

Apps can also be categorized into some popular but common sub-categories: gaming, travel, healthcare, education, music, business, and many other categories. These popular categories come with different costs as per their individual App development.

We have two existing leading App development platforms. These are;

The native app development platform is explicitly used in the creation and development of Apps for IOs and Android platforms. The native framework utilizes specific tools and programming languages that go in line with particular platforms.

As with hybrid App development, you can build an App that is universal and can run in multiple operating systems other than IOs and Android platforms without code manipulation.

The limitations with the native development platform are that they cannot operate in multiple devices other than these specific platforms, specially developed for them. This is the big difference between the native platform and hybrid App platform.

Hybrid is universal and can run across different platforms using the same codebase. This makes it a unique App platform that runs in different operating systems.

Most mobile users are currently operating mostly an Android and IOs; so, building an App based on these two operating systems is crucial since you will be able to reach more audiences at a time.

The most challenging factor with a hybrid platform is that running the same code on multiple platforms may not match, and hence, it can result in several design defects.

Also, the performance of a hybrid App has some frequent crashing issues, making most developers prefer a native platform instead.

3. The Location Of Developers

The locations of the development personnel also determine app development costs. We have different pricing depending on various geographical regions.

You can find it very expensive to outsource your developers in the American region compared to India. The pricing gap between the two areas is huge. You can consider building your App in India if you are on a budget since you will use a lot of money when you decide to make it in North America, for instance.

Different App development depends on how complex your app is. The development cost depends on the complexity of an App, and these can be categorized into three major categories, such as Basic Apps, Web server Apps, and Gaming Apps.

Basic Apps are those that do not require remote web data servers. These are simple Apps that operate as simple device Applications such as clock Apps, time tables, direct planners, calendars, and much more.

These Apps are quite cheap to build, and its development cost cannot go beyond $4,000.

There are different ways to estimate the pricing of gaming Apps since it exists in several categories. The gaming Apps may exist from simple to complex ones. Most gaming App development costs can go up to as high as $300,000, but some simple gaming Apps can be as low as $7,000.

Since each feature is complex on its own, the developers might find its development to be time-consuming and more demanding, and as a result, they may raise its development cost.

Building an App with several features may require a lot of money during its development stage.

When developing an App, different stages are involved, and all these stages feature their costs. The development of an App passes through four stages, as seen below.

This is the most crucial stage in App development. The pre-research stage involves the current market overview, the App prototype, project timeline, required features, among other features needed for the development to lounge.

The App developers are required to estimate the possible total cost of the development project in this stage before the final agreement with the client. This stage can cost no more than $5,000.

This is according to a survey done with most web development firms.

After development, App and its Applications need to be tested for compatibility and functionalities. Testing procedures need to be taken seriously for absolute credibility.

After the development and testing of an App, proper functionality requires maintenance and regular updates. The research done with several firms reveals that proper App support will cost around $5,000 – $15,000 for both maintenances and upgrade after one year of launch.

App maintenance is a continuous process, and it has to be taken with absolute priority provided the App is in operation. An App operation can be termed as reliable if regular maintenance is put in place.

There are some rules governing App maintenance costs for a company. These are:

Additionally, there are regular payments, such as domain registration and the cost of using a domain name paid every year. The cost accumulates to approximately $10 to $15 per year.

The cost of hosting the domain on the server is also included. It starts at $40 to $ 200 per year, depending on the service.

What Is The Total Cost Breakdown For App Development?

Different Apps come in a variety, and their development costs differ. It is not easy to estimate the actual cost of developing an App due to variation in features, among other extensions.

Nevertheless, we can provide an approximate cost on App development according to the information below.

The information represents an approximate cost of the most common implementation procedures as per the individual feature.

During the registration process, the user can create their account by keying in their personal information and creating their respective passwords. The task can take 10-25 hours, and its approximate cost is around $800 – $ 1,000.

The creation of user profile features includes the introduction of several fields. A user can manage their profile, such as adding their other personal information and uploading personal documentations.

The chart feature development helps the user to communicate with the App administrator in real-time. The development will ensure that the chart feature is able to send and receive a list of messages in the form of text and image form, with push notifications to alert the user with new messages.

The research feature enables the user to identify the searches by one criterion in all types of entities.

The developers will ensure that each entity can influence the estimates. The task takes 12 to 15 hours, with an approximate cost of $500 – $600.

This is integration with basic analytics (this is not visible to users). Examples of analytic tools are Google Analytics or Mix Panel basic SDK configuration.

This service allows the system administrator to manage the entire user system, logins, and all server retrieval services.

The developers will ensure safe and straightforward administrator management service through the provision of reliable & credible system securities and easy navigation.

This involves the development of forms that the administrators can use to log in and log out of the system.

This involves integrating the App with a feature that allows the user to make credit card payments in real-time.

The developer will integrate an App with an in-app purchase system, which enables the user to unlock other additional features. Some in-app add at some percentage of the original cost.

With this feature, the user can report a user or content or any other entity to the administration. The developers provide a list of possible reporting reasons for each entity.

How Long Does It Take To Develop An App?

There is no exact time for the development of the App. There are several determining factors, such as the type of an App and its functionality, the development platform, among other factors according to the research.

What Are The Stages Of App Development?

There are four common stages used in building an App. They include the pre-search stage, development stage, app testing, and maintenance.

The process above is the detailed information that you must know before taking a step in App building. These primary factors help you in making decisions while determining the cost of the entire development process.

It is advisable to take time to determine the favorable development option while considering its functionality. You must ensure that you deploy experienced developers that can work on your project with minimum cost, but sourcing them from those regions providing the lower bid.

Deepak Chauhan is a digital business strategist and CEO of VOCSO, a digital agency based out of India, USA & UAE. The web business strategist, who has 12+ years of experience, has worked with many small businesses and startups across the globe to help them build successful websites/applications and launch them online with his strategic consulting.