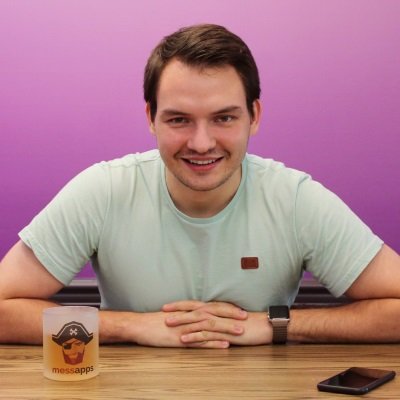 Here’s what Vasily Malyshev  has to say about his mobile app development company and the latest trends in the app industry:

What does your mobile app development company do?

We turn our clients app visions into realities. We cover all stages in the development process including, consulting, strategy, wireframes, design, development and marketing. We have created over 50 apps ranging all the way from education to productivity and dating apps.

Why are enterprises adapting to mobility?

Enterprises are adapting to mobility because they realize it is necessary for growth. With 70% of the population using smartphones, it is essential for the growth of many enterprises to tap into this continually growing market.

What does the popularity of games like Pokemon Go mean for app development industry?

Pokemon Go is an example of the impact apps have on our society. Pokemon Go proved that the market is still very much open to new innovations and ideas.

Why do app developers prefer iOS despite Android’s market leadership?

iOS makes building the UI and UX easy due to the fact that there are primarily two types of devices you have to build for iPhone and iPad. With Android the fragmentation is great due to many different devices spewing out of various manufacturers across the board. The differences in OS as well as characteristics such as screen size increase the difficulty of getting the UI/UX right.

What is the average budget of the mobile apps you develop?

The average budget of mobile apps we develop is 70-100k.

Which software and tools do you mostly use while developing apps?

For the wireframing and design stage we love to use Sketch. For development we code in Xcode when working on iOS, and Android Studio when developing for Android. For team and client communication we use Slack, and recently a cool new email client called Polymail.

Do you think Augmented Reality apps are the future? Why?

Not particularly. Although I understand Pokemon Go’s success, I don’t believe most of the app industry will shift to augmented reality, there doesn’t seem to be a purpose to. However I do believe that there’ll be other augmented reality apps that will become successful, particularly in the gaming category, but I don’t believe it will catch on so much as to call it the future.