Mobile App Development Gets Smarter in 2017 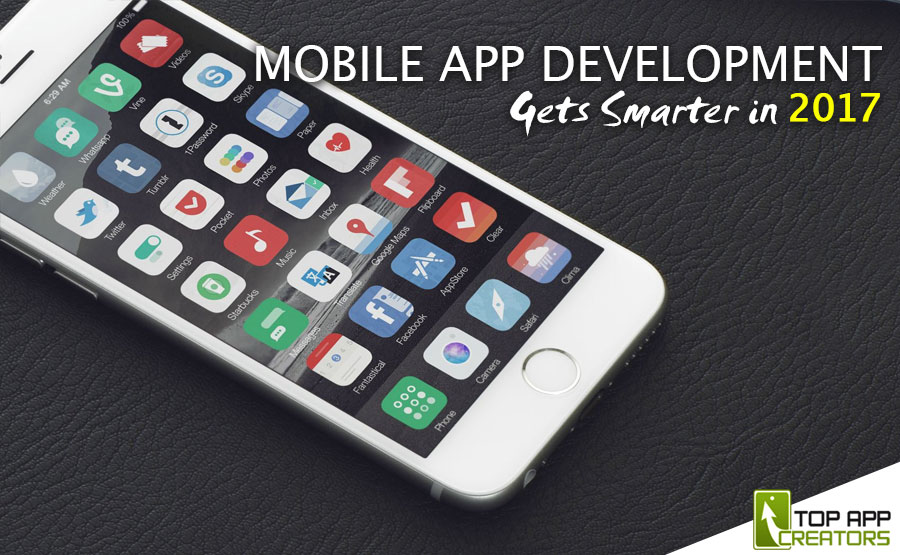 With the rapid evolution that app development has been undergoing, it’s no surprise that it is beginning to lean more towards artificial intelligence and ambient intelligence in such a considerably short amount of time. Indeed, AI has never been more significant as in these present times as evidenced by the increasing reliance of major world-changing companies such as Apple, Google, and Facebook on them. With such telling signs, everything in the digital world, mobile app development included, would inevitably evolve intelligence-wise.

Integration of Chatbots and Other Forms of Artificial Intelligence in Apps

What average iOS or Android user isn’t aware of the innovative personal digital assistants like Siri, Google and Cortana? As time goes by these AI elements are only expected to become more sophisticated, to the point that they would be able to closely simulate the way humans communicate with each other. In fact, it has become a ubiquitous presence in just about every advancement made in mobile, and this goes to show how much of an impact it would have in future apps that would be released.

The voice control capability of chatbots only serve to not only make overall user experience more convenient but they also pretty much enhance the way apps function. As for its use on various enterprises, the impact of AI is arguably still not that large yet, but the stark benefits of the integration of AI in business apps can’t be denied. This is why AI is only expected to evolve to include majority of companies worldwide. In fact, there are already a few companies that have started doing so and their number is expected to rise in the future.

The Similar Rise of Ambient Intelligence

Alongside the ascent of AI comes the equal growth of Aml (Ambient Intelligence). While the two are categorized as separate entities, Aml is actually utilized in order to produce higher forms of AI that would serve to relay and offer information and services which are essential for improving the daily lives of users.

Smart building is the quintessential form of ambient intelligence as it involves being able to learn and respond to how humans interact with them. This is made possible by the use more advanced forms of sensors and devices that are able to automatically detect and respond to user factors such as his current location and temperature, to cite but a significant few.

The Inevitable Dawn of Smart Apps and Their Potential Obstacles

As can be ascertained from the facts stated above, technological advancements in mobile app development is simply entering a phase that it naturally has to enter at some point in its robust growth. Even so, there are vital sectors such as healthcare that aren’t still getting the most out of AI-powered apps but experts believe that it’s only a matter of time.

There are, however, undeniable hurdles that are bound to arise with the integration of AI in apps. Security, for instance, is one priority that should never be overlooked. There are also other issues that shouldn’t be ignored that range from adoption and integration to usage and performance. How pioneers of AI in mobile app development would overcome this is one other interesting topic that’s worth