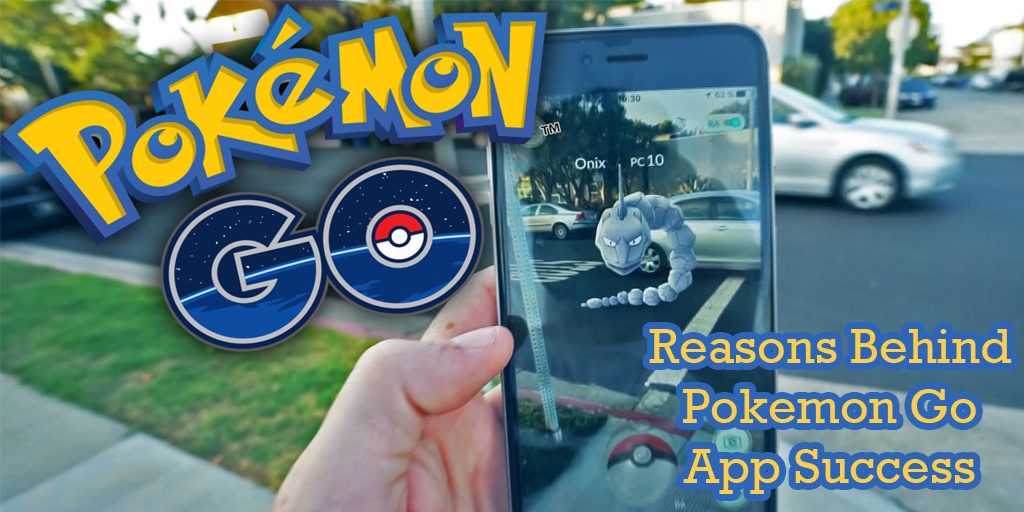 Pokémon is undoubtedly one of the world’s ground-breaking games which holds the record of registering over 20 million downloads in just two weeks since its launch in July 2016. This game is getting people to move across various real-world locations to accomplish its main goal: capture and battle various Pokémon. This augmented reality game has beat its peer games including “Mobile Strike” and “Game of War – Fire Age” to establish itself as the top grossing iPhone app in the first week of its release. With the app gaining such unprecedented success, many wonder what makes Pokémon Go so incredible. On that note, here’s a list of what we think are main reasons for Pokémon Go’s market success.

Amidst the games which required you to remain in a single place, this game presents a unique feature that requires you to change your physical location. This is the game’s key customer hook. Pokémon Go uses your phone’s GPS sensors to locate where you are, and uses a Google map as the primary game board. The augmented reality of the game receives a thumbs up, as users can easily relate the objects, and events in the game with the real-world equivalent. Users have acknowledged that having to navigate to the exact location to catch those Pokémon and move to the next level is real fun and amusing! By searching for Pokémon in and around your vicinity, this game has literally made people move around in their bikes and cars in search of Pokémon!

Pokémon Go has taken social interaction to the next level. Usually, games allow users to join teams and play together online and publish their relevant scores. However, this game calls for users to be in the same location to play as a team. Therefore, social interaction is real rather than virtual. In Pokémon Go, the current configuration allows one to form a team with other players, once they cross level 5. People can join with friends, colleagues and neighbours and hunt for Pokémon together.

Its a Free App

Free apps naturally attract more users than paid ones. This is the reason social platforms like Facebook, Twitter and Instagram are highly successful and have remained one of the top apps. In addition, Pokémon Go is available for both the main mobile platforms, Android and iOs, thereby allowing more users to play and enjoy it!

Thanks to the long-standing popularity of Pokémon, people do not mind spending a few bucks to access more features and advancements in the game. For example, one of the interesting purchases in the Pokémon Go is the “Lure” module, which attracts a Pokémon to a PokéStop for 30 minutes.

With Pokémon Go going strong with its current features, we can hope to see more experimental updates from developers in the near future. Till then, happy playing Pokémon Go!